No One Is Coming to Save Us 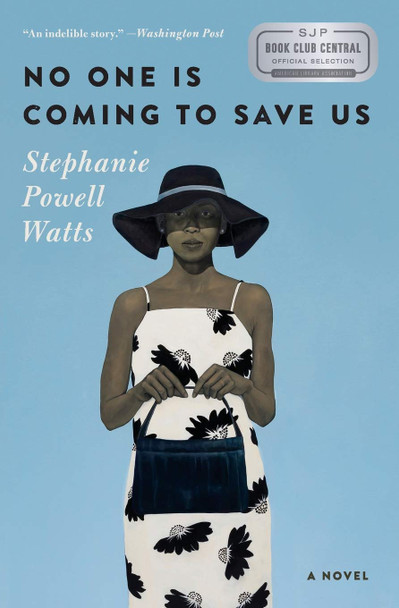 No One Is Coming to Save Us

*WINNER OF THE NAACP IMAGE AWARD FOR DEBUT NOVEL*

*SHORTLISTED FOR THE 2018 WILLIAM SAROYAN INTERNATIONAL PRIZE FOR WRITING*

*SHORTLISTED FOR THE 2017 WILLIE MORRIS AWARD FOR SOUTHERN FICTION*

JJ Ferguson has returned home to Pinewood, North Carolina, to build his dream house and to pursue his high school sweetheart, Ava. But as he reenters his former world, where factories are in decline and the legacy of Jim Crow is still felt, he’s startled to find that the people he once knew and loved have changed just as much as he has. Ava is now married and desperate for a baby, though she can’t seem to carry one to term. Her husband, Henry, has grown distant, frustrated by the demise of the furniture industry, which has outsourced to China and stripped the area of jobs. Ava’s mother, Sylvia, caters to and meddles with the lives of those around her, trying to fill the void left by her absent son. And Don, Sylvia’s unworthy but charming husband, just won’t stop hanging around.

JJ’s return—and his plans to build a huge mansion overlooking Pinewood and woo Ava—not only unsettles their family, but stirs up the entire town. The ostentatious wealth that JJ has attained forces everyone to consider the cards they’ve been dealt, what more they want and deserve, and how they might go about getting it. Can they reorient their lives to align with their wishes rather than their current realities? Or are they all already resigned to the rhythms of the particular lives they lead?

No One Is Coming to Save Us is a revelatory debut from an insightful voice: with echoes of The Great Gatsby it is an arresting and powerful novel about an extended African American family and their colliding visions of the American Dream. In evocative prose, Stephanie Powell Watts has crafted a full and stunning portrait that combines a universally resonant story with an intimate glimpse into the hearts of one family.

The book, No One Is Coming to Save Us [Bulk, Wholesale, Quantity] ISBN# 9780062472991 in Paperback by Stephanie Powell Watts may be ordered in bulk quantities. Minimum starts at 25 copies. Availability based on publisher status and quantity being ordered.
View AllClose

The Soil Will Save Us: How Scientists, Farmers, and Foodies Are Healing the Soil to Save the Planet

MSRP:
Now:
As low as
Was:
Thousands of years of poor farming and ranching practices―and, especially, modern industrial agriculture―have led to the loss of up to 80 percent of carbon from the world's soils. That carbon is now...

One of Us Is Lying

MSRP:
Now:
As low as
Was:
Pay close attention and you might solve this. On Monday afternoon, five students at Bayview High walk into detention. Bronwyn, the brain, is Yale-bound and never breaks a rule. Addy, the...

MSRP:
Now:
As low as
Was:
*Winner, Best Book Award, Language Arts Picture Books, Society of School Librarians* *The Camellia Award* “You are one of us,” Carmen tells Roberta on her first day at a new school, and Roberta...

MSRP:
Now:
As low as
Was:
Recommended by the Common Core State Standards for English Language Arts and Literacy as an exemplary informational text. Thousands of years--way before Christopher Columbus set sail--wandering...

The One Thing You'd Save

MSRP:
Now:
As low as
Was:
If your house were on fire, what one thing would you save? Newbery Medalist Linda Sue Park explores different answers to this provocative question in linked poems that capture the diverse voices of a...

MSRP:
Now:
As low as
Was:
“A remarkable page-turner of a novel.” —Chicago Tribune In 1923, fifteen-year-old Hattie Shepherd, swept up by the tides of the Great Migration, flees Georgia and heads north. Full of hope, she...

MSRP:
Now:
As low as
Was:
A New York Times Bestseller A Read with Jenna Today Show Book Club Pick! “Askaripour closes the deal on the first page of this mesmerizing novel, executing a high wire act full of verve and...

Parable of the Sower

MSRP:
Now:
As low as
Was:
This highly acclaimed post-apocalyptic novel of hope and terror from award-winning author Octavia E. Butler "pairs well with 1984 or The Handmaid's Tale" (John Green, New York Times)--now with a new...

The Black Rose: A Novel

MSRP:
Now:
As low as
Was:
“One of the most exciting novels of the year . . . The dramatic story of Madam C.J. Walker, America’s first black female millionaire.”—E. Lynn Harris Born to former slaves on a Louisiana...

Preventable: The Inside Story of How Leadership Failures, Politics, and Selfishness Doomed the U.S. Coronavirus Response

MSRP:
Now:
As low as
Was:
“Painfully good. The book could have been called, ‘Outrageous.’ The story Andy Slavitt tells is not just about Trump’s monumental failures but also about the deeper ones that started long before,...

MSRP:
Now:
As low as
Was:
The inspirational story of Compass CEO Robert Reffkin, whose mother, mentors, and search for belonging taught him valuable lessons that anyone with a dream can put into action today to improve their...

MSRP:
Now:
As low as
Was:
Make your next marketing campaign a success when you offer this Ivory Singer Journal! It measures 5 1/4" x 8 3/8" and comes with 64 ivory sheets of FSC® certified paper with gray lines. Add an...

MSRP:
Now:
As low as
Was:
Little Maya has a special blanket that Grandma stitched with her own two hands. As Maya grows, her blanket becomes worn and frayed, so with Grandma s help, Maya makes it into a dress. Over time the...

This Fight Is Our Fight: The Battle to Save America's Middle Class [Paperback]

An American Sickness: How Healthcare Became Big Business and How You Can Take It Back [Hardcover]

MSRP:
Now:
As low as
Was:
A New York Times bestseller. At a moment of drastic political upheaval, An American Sickness is a shocking investigation into our dysfunctional healthcare system - and offers practical solutions to...