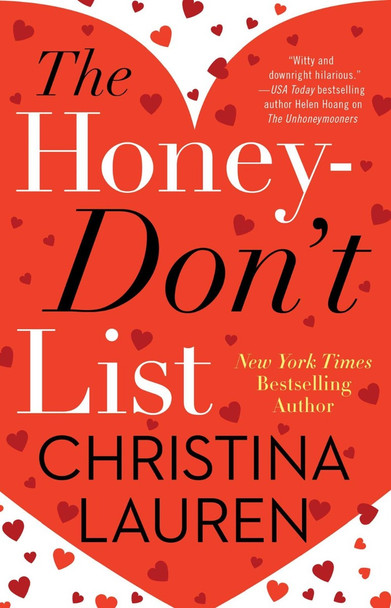 Carey Douglas has worked for home remodeling and design gurus Melissa and Rusty Tripp for nearly a decade. A country girl at heart, Carey started in their first store at sixteen, and—more than anyone would suspect—has helped them build an empire. With a new show and a book about to launch, the Tripps are on the verge of superstardom. There’s only one problem: America’s favorite couple can’t stand each other.

James McCann, MIT graduate and engineering genius, was originally hired as a structural engineer, but the job isn’t all he thought it’d be. The last straw? Both he and Carey must go on book tour with the Tripps and keep the wheels from falling off the proverbial bus.

Unfortunately, neither of them is in any position to quit. Carey needs health insurance, and James has been promised the role of a lifetime if he can just keep the couple on track for a few more weeks. While road-tripping with the Tripps up the West Coast, Carey and James vow to work together to keep their bosses’ secrets hidden, and their own jobs secure. But if they stop playing along—and start playing for keeps—they may have the chance to build something beautiful together…

From the “hilariously zany and heartfelt” (Booklist) Christina Lauren comes a romantic comedy that proves if it’s broke, you might as well fix it.

The book, The Honey-Don't List [Bulk, Wholesale, Quantity] ISBN# 9781982123918 in Paperback by Christina Lauren may be ordered in bulk quantities. Minimum starts at 25 copies. Availability based on publisher status and quantity being ordered.
View AllClose

The Honey Prescription: The Amazing Power of Honey as Medicine

MSRP:
Now:
As low as
Was:
The use of honey as a healing agent is nothing new. It was an ingredient in medicinal compounds and cures made by Egyptian physicians 5,000 years ago, and its medical use has been found in other...

MSRP:
Now:
As low as
Was:
Melody has lived in Royal, Indiana, for as long as she can remember. It's been just her and her father, and she's been okay with that. But then she overhears him calling someone Honey -- and suddenly...

MSRP:
Now:
As low as
Was:
When Adam Blake lands the best elective ever in his senior year, serving as an aide to the school psychologist, he thinks he's got it made. Sure, it means a lot of sitting around, which isn't easy...

MSRP:
Now:
As low as
Was:
How sweet it is. Thousands of bees visited more than one million flowers to gather the nectar that went into that one-pound jar of honey. Here's the buzz on how these remarkable insects work together...

MSRP:
Now:
As low as
Was:
For readers of Marieke Nijkamp's This Is Where It Ends, a powerful and timely contemporary classic about the aftermath of a school shooting. Five months ago, Valerie Leftman's boyfriend, Nick, opened...

MSRP:
Now:
As low as
Was:
Late one spring night in California, Driss Guerraoui—father, husband, business owner, Moroccan immigrant—is hit and killed by a speeding car. The aftermath of his death brings together a diverse cast...

The Great Wave: A Children's Book Inspired by Hokusai

MSRP:
Now:
As low as
Was:
On a stormy winter’s day, a baby boy, Naoki, is swept into a fisherman’s boat by a great wave. Years pass, but still Naoki does not grow. Must he return to the ocean in order to become a young man?...

MSRP:
Now:
As low as
Was:
Take your business to the next level with this Matra Banded Medium Journal Gift Set! The elastic band closure matches the color of the cover and holds together 192 white pages with gray lines...

Modern Monopolies: What It Takes to Dominate the 21st Century Economy [Hardcover]

MSRP:
Now:
As low as
Was:
What do Google, Snapchat, Tinder, Amazon, and Uber have in common, besides soaring market share? They're platforms - a new business model that has quietly become the only game in town, creating vast...