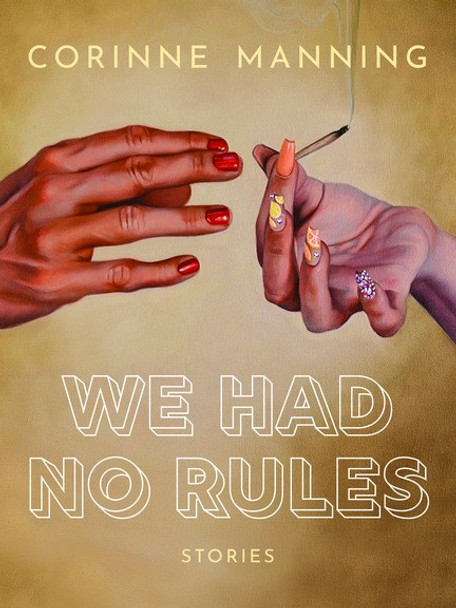 A young teenager stays a step ahead of her parents’ sexuality-based restrictions by running away and learns a very different set of rules. A woman grieves the loss of a sister, a “gay divorce,” and the pain of unacknowledged abuse with the help of a lone wallaby on a farm in Washington State. A professor of women’s and gender studies revels in academic and sexual power but risks losing custody of the family dog.

In Corinne Manning’s stunning debut story collection, a cast of queer characters explore the choice of assimilation over rebellion. In this historical moment that’s hyperaware of and desperate to define even the slowest of continental shifts, when commitment succumbs to the logic of capitalism and nobody knows what to call each other or themselves—Gay? Lesbian? Queer? Partners? Dad?—who are we? And if we don’t know who we are, what exactly can we offer each other?

Spanning the years 1992 to 2019, and moving from New York to North Carolina to Seattle, the eleven first-person stories in We Had No Rules feature characters who feel the promise of a radically reimagined world but face complicity instead.

The book, We Had No Rules [Bulk, Wholesale, Quantity] ISBN# 9781551527994 in Paperback by Corinne Manning may be ordered in bulk quantities. Minimum starts at 25 copies. Availability based on publisher status and quantity being ordered.
View AllClose

I Had Seen Castles

MSRP:
Now:
As low as
Was:
John Dante is seventeen when the Japanese bomb Pearl Harbor, and he wants to fight for his country. But then he falls head over heels for Ginny Burton, who is against all war, and his beliefs are...

Mary Had a Little Glam

MSRP:
Now:
As low as
Was:
This little Mary has STYLE! In this fun take on Mother Goose, fashion-forward Mary helps some of childhood's most beloved characters go glam. From the kid who lives in a shoe (and dons some fab...

Because I Had a Teacher

MSRP:
Now:
As low as
Was:
"We all remember our favorite teacher. Where would we be without them—those special people who inspire us, support us, and encourage us? Whether they’re an educator, a coach, or a mentor this book is...

We Had to Be Brave: Escaping the Nazis on the Kindertransport

MSRP:
Now:
As low as
Was:
Sibert Honor author Deborah Hopkinson illuminates the true stories of Jewish children who fled Nazi Germany, risking everything to escape to safety on the Kindertransport. Ruth David was growing up...

It Had to Be You

The Story of Ferdinand [Hardcover]

MSRP:
Now:
As low as
Was:
A true classic with a timeless message, The Story of Ferdinand has enchanted readers since it was first published in 1936. All the other bulls would run and jump and butt their heads together. But...

Grow It Cook It [Hardcover]

MSRP:
Now:
As low as
Was:
Showing how to grow plants and then how to use them in delicious kid-appealing recipes, "Grow It, Cook It" is more than a cookbook--it offers a fresh approach to healthy eating by getting children...

Under the Persimmon Tree [Paperback]

MSRP:
Now:
As low as
Was:
Intertwined portraits of courage and hope in Afghanistan and Pakistan Najmah, a young Afghan girl whose name means " star, " suddenly finds herself alone when her father and older brother are...

What Are the Summer Olympics? (What Was?)

MSRP:
Now:
As low as
Was:
Back in 775 BC, athletes from all over Ancient Greece came together to compete in various games. The contests were held every four years and winning athletes brought honor and respect to their...

MSRP:
Now:
As low as
Was:
This educational and enjoyable book helps children understand how to plant bulbs, seeds, and seedlings, and nurture their growth. Lois Ehlert's bold collage illustrations include six pages of...

MSRP:
Now:
As low as
Was:
Everyone’s favorite bloodsucker is captured in a spine-tingling graphic novel. In 1897, Bram Stoker gave the world one of literature’s most compelling characters—and, since then, Dracula has...

Think Like a Rocket Scientist: Simple Strategies You Can Use to Make Giant Leaps in Work and Life

MSRP:
Now:
As low as
Was:
**A 2020 OWL AWARD SHORTLIST WINNER IN THE LEADERSHIP CATEGORY**Named a "must read" by Susan Cain, "endlessly fascinating" by Daniel Pink, and "bursting with practical insights" by Adam Grant. A...