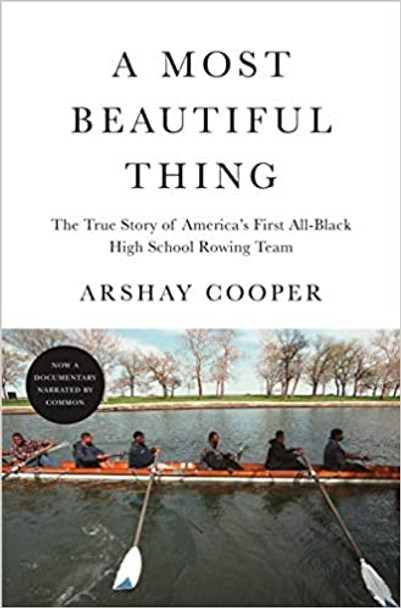 The moving true story of a group of young men growing up on Chicago's West side who form the first all-black high school rowing team in the nation, and in doing so not only transform a sport, but their lives.

Growing up on Chicago’s Westside in the 90’s, Arshay Cooper knows the harder side of life. The street corners are full of gangs, the hallways of his apartment complex are haunted by drug addicts he calls “zombies” with strung out arms, clutching at him as he passes by. His mother is a recovering addict, and his three siblings all sleep in a one room apartment, a small infantry against the war zone on the street below.

Arshay keeps to himself, preferring to write poetry about the girl he has a crush on, and spends his school days in the home-ec kitchen dreaming of becoming a chef. And then one day as he’s walking out of school he notices a boat in the school lunchroom, and a poster that reads “Join the Crew Team”.

Having no idea what the sport of crew is, Arshay decides to take a chance. This decision to join is one that will forever change his life, and those of his fellow teammates. As Arshay and his teammates begin to come together to learn how to row--many never having been in water before--the sport takes them from the mean streets of Chicago, to the hallowed halls of the Ivy League. But Arshay and his teammates face adversity at every turn, from racism, gang violence, and a sport that has never seen anyone like them before.

A Most Beautiful Thing is the inspiring true story about the most unlikely band of brothers that form a family, and forever change a sport and their lives for the better.

The book, A Most Beautiful Thing: The True Story of America's First All-Black High School Rowing Team [Bulk, Wholesale, Quantity] ISBN# 9781250754769 in Hardcover by Arshay Cooper may be ordered in bulk quantities. Minimum starts at 25 copies. Availability based on publisher status and quantity being ordered.
View AllClose

Courage Has No Color, the True Story of the Triple Nickels: America's First Black Paratroopers

The Riches of This Land: The Untold, True Story of America's Middle Class

MSRP:
Now:
As low as
Was:
This vivid character-driven narrative, fused with important new economic and political reporting and research, busts myths about middle class decline and points the way to its revival. For over a...

The Most Beautiful Thing

MSRP:
Now:
As low as
Was:
A warmhearted and tender true story about a young girl finding beauty where she never thought to look. Drawn from author Kao Kalia Yang's childhood experiences as a Hmong refugee, this moving...

A Voyage in the Clouds: The (Mostly) True Story of the First International Flight by Balloon in 1785

MSRP:
Now:
As low as
Was:
"A picture book inspired by the true story of how the first international flight was an Englishman and a French man who rode in a balloon across the English Channel"-- The book, A Voyage in the...

MSRP:
Now:
As low as
Was:
The extraordinary true story of Ruby Bridges, the first African-American child to integrate a New Orleans school--now with simple text for young readers! In 1960, six-year-old Ruby Bridges walked...

Bundle of Nerves: A Story of Courage (Cloverleaf Books: Stories with Character)

MSRP:
Now:
As low as
Was:
Luis is feeling nervous about the first day of school. His stomach hurts, and he's worried he won't know what to do if his teacher calls on him! From meeting new friends to asking for help finding...

Curve Benders: Why Strategic Relationships Will Power Your Non-Linear Growth in the Future of Work

We the Possibility: Harnessing Public Entrepreneurship to Solve Our Most Urgent Problems

MSRP:
Now:
As low as
Was:
Can we solve big public problems anymore? Yes, we can. This provocative and inspiring book points the way. The huge challenges we face are daunting indeed: climate change, crumbling infrastructure,...