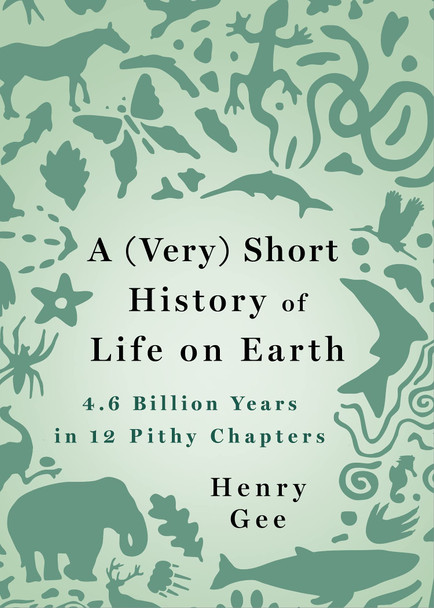 This title is available for pre-order and will be processed on Nov 9th 2021 for shipment.

In the tradition of E.H. Gombrich, Stephen Hawking, and Alan Weisman―An entertaining and uniquely informed narration of Life's life story.

In the beginning, Earth was an inhospitably alien place―in constant chemical flux, covered with churning seas, crafting its landscape through incessant volcanic eruptions. Amid all this tumult and disaster, life began. The earliest living things were no more than membranes stretched across microscopic gaps in rocks, where boiling hot jets of mineral-rich water gushed out from cracks in the ocean floor.

Although these membranes were leaky, the environment within them became different from the raging maelstrom beyond. These havens of order slowly refined the generation of energy, using it to form membrane-bound bubbles that were mostly-faithful copies of their parents―a foamy lather of soap-bubble cells standing as tiny clenched fists, defiant against the lifeless world. Life on this planet has continued in much the same way for millennia, adapting to literally every conceivable setback that living organisms could encounter and thriving, from these humblest beginnings to the thrilling and unlikely story of ourselves.

In A (Very) Short History of Life on Earth, Henry Gee zips through the last 4.6 billion years with infectious enthusiasm and intellectual rigor. Drawing on the very latest scientific understanding and writing in a clear, accessible style, he tells an enlightening tale of survival and persistence that illuminates the delicate balance within which life has always existed.

The book, A (Very) Short History of Life on Earth: 4.6 Billion Years in 12 Pithy Chapters [Bulk, Wholesale, Quantity] ISBN# 9781250276650 in Hardcover by Henry Gee may be ordered in bulk quantities. Minimum starts at 25 copies. Availability based on publisher status and quantity being ordered.
View AllClose

MSRP:
Now:
As low as
Was:
No one has ever described American democracy with more accurate insight or more profoundly than Alexis de Tocqueville. After meeting with Americans on extensive travels in the United States, and...

MSRP:
Now:
As low as
Was:
Hinduism is practised by nearly eighty per cent of India's population, and by some seventy million people outside India. In this Very Short Introduction, Kim Knott offers a succinct and authoritative...

MSRP:
Now:
As low as
Was:
A humorous and heartwarming bounce-to-the-beat underdog story about a young rapper whose rhymes help bring his community together, from America's favorite rapping teacher. As featured on Good...

MSRP:
Now:
As low as
Was:
“I haven't read anything that has moved me this much since Wonder.” —Jennifer Niven, author of All the Bright Places A space-obsessed boy and his dog, Carl Sagan, take a journey toward family,...

MSRP:
Now:
As low as
Was:
I almost didn't publish Love Yourself Like Your Life Depends On It. I was terrified. Here I was, a CEO who'd fallen apart after his company failed, writing a book about how loving himself saved him...

MySELF Theme: I Get Along with Others Single Copy Set (1 each of 6 books)

MSRP:
Now:
As low as
Was:
3 years & up. Help children build social and emotional intelligence through shared reading and engaging texts that prompt discussions about real-world experiences. A full-color poster is included...

Lead. Care. Win.: How to Become a Leader Who Matters

MSRP:
Now:
As low as
Was:
Dan Pontefract is on a mission to change the world of work. Lead. Care. Win is his fourth book, and like the previous three is the product of relentless focus, observations and research that have led...

MSRP:
Now:
As low as
Was:
Learn about machines the fun way! The Magic School Bus meets The Way Things Work in this kid-friendly guide to understanding the basics of simple machines, perfect for budding engineers. The...

On Writing: A Memoir of the Craft (Reissue)

MSRP:
Now:
As low as
Was:
Twentieth Anniversary Edition with Contributions from Joe Hill and Owen King ONE OF TIME MAGAZINE’S TOP 100 NONFICTION BOOKS OF ALL TIME Immensely helpful and illuminating to any aspiring writer,...

Strong Is the New Pretty: A Celebration of Girls Being Themselves

MSRP:
Now:
As low as
Was:
Girls being fearless. Girls being silly. Girls being wild, stubborn, and proud. Girls whose faces are smeared with dirt and lit up with joy. So simple and yet so powerful, Strong Is the New Pretty...