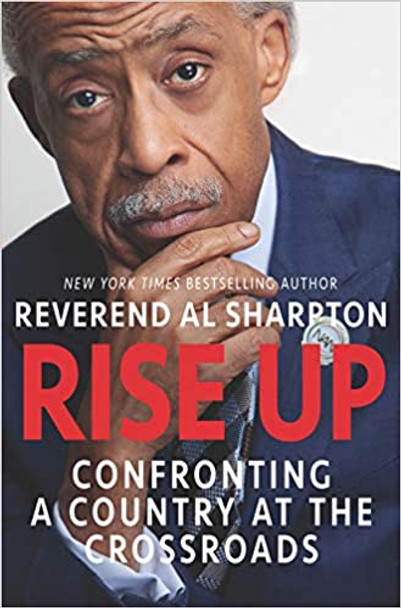 In RISE UP: Confronting a Country at the Crossroads, Rev. Al Sharpton revisits the highlights of the Obama administration, the 2016 election, and Trump’s subsequent hold on the GOP, and draws on his decades-long experience with other key players in politics and activism. He also amplifies the new voices and movements that have emerged in response to the Trump presidency.

A profound examination of the American soul and a clarion call to action, RISE UP offers timeless lessons for anyone who’s stood at the crossroads of their personal or political life, weighing their choice of how to proceed.

The book, Rise Up: Confronting a Country at the Crossroads [Bulk, Wholesale, Quantity] ISBN# 9781335966629 in Hardcover by Al Sharpton may be ordered in bulk quantities. Minimum starts at 25 copies. Availability based on publisher status and quantity being ordered.
View AllClose

Growing up in Coal Country

MSRP:
Now:
As low as
Was:
Inspired by her in-laws' recollections of working in coal country, Susan Campbell Bartoletti has gathered the voices of men, women, and children who immigrated to and worked in northeastern...

MSRP:
Now:
As low as
Was:
Jaime and Ángela discover what it means to be living as undocumented immigrants in the United States in this timely sequel to the Pura Belpré Honor Book The Only Road. After crossing Mexico into the...

MSRP:
Now:
As low as
Was:
A fascinating account of the music and epic social change of 1973, a defining year for David Bowie, Bruce Springsteen, Pink Floyd, Elton John, the Rolling Stones, Eagles, Elvis Presley, and the...

The Book of Gutsy Women: Favorite Stories of Courage and Resilience

MSRP:
Now:
As low as
Was:
Hillary Rodham Clinton and her daughter, Chelsea, share the stories of the gutsy women who have inspired them—women with the courage to stand up to the status quo, ask hard questions, and get the job...