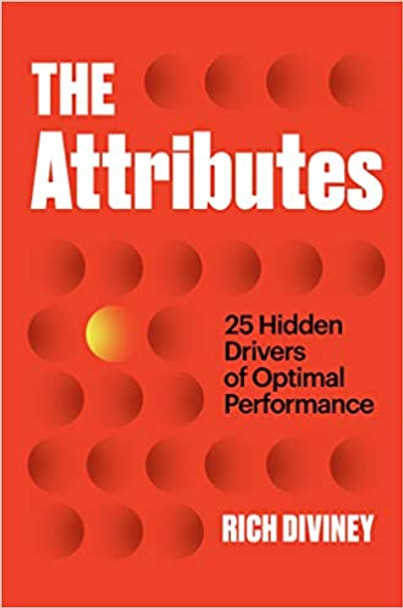 Do you have what it takes to succeed in any situation? According to a retired commander who ran training for Navy SEALs, true optimal performance goes beyond just skill. It’s all about THE ATTRIBUTES.

During his twenty years as a Navy officer and SEAL, Rich Diviney was intimately involved in a specialized SEAL selection process, which whittled a group of hundreds of extraordinary candidates down to a handful of the most elite performers. Diviney was often surprised by which candidates washed out and which succeeded. Some could have all the right skills and still fail, while others he might have initially dismissed would prove to be top performers. The seemingly objective criteria weren’t telling him what he most needed to know: Who would succeed in one of the world’s toughest military assignments?

It is similarly hard to predict success in the real world.

It happens often enough that underdog students accomplish exceptional achievements while highly skilled, motivated employees fail to meet expectations. Dark-horse companies pull away from the pack while dream teams flush with talent and capital go under. In working with and selecting top special operators for decades, Diviney saw that beneath obvious skills are hidden drivers of performance, surprising core attributes—including cunning, adaptability, courage, even narcissism—that determine how resilient or perseverant we are, how situationally aware and how conscientious. These attributes explain how we perform as individuals and as part of a team. The same methodology that Diviney used in the military can be applied by anyone in their personal and professional lives, and understanding these attributes can allow readers and their teams to perform optimally, at any time, in any situation.

Diviney defines the core attributes in fresh and practical ways and shares stories from the military, business, sports, relationships, and even parenting to show how understanding your own attributes and those of the people around you can create optimal performance in all areas of your life.

The book, The Attributes: 25 Hidden Drivers of Optimal Performance [Bulk, Wholesale, Quantity] ISBN# 9780593133941 in Hardcover by Rich Diviney may be ordered in bulk quantities. Minimum starts at 25 copies. Availability based on publisher status and quantity being ordered.
View AllClose

Focus: The Hidden Driver of Excellence

MSRP:
Now:
As low as
Was:
In Focus, psychologist and journalist Daniel Goleman delves into the science of attention in all its varieties, presenting a long-overdue discussion of this little-noticed and underrated mental asset...

Flow: The Psychology of Optimal Experience

MSRP:
Now:
As low as
Was:
Sychologist Mihaly Csikszentmihalyi's famous investigations of "optimal experience" have revealed that what makes an experience genuinely satisfying is a state of consciousness called flow. During...

MSRP:
Now:
As low as
Was:
The official guide to Dr. David Perlmutter's revolutionary approach to vibrant health as described in his New York Times bestsellers Grain Brain, The Grain Brain Cookbook, and Brain Maker. With more...

The Measure of a Man: Twenty Attributes of a Godly Man

MSRP:
Now:
As low as
Was:
More Than a Million Copies Have Been Sold of this Powerful Book for Men, Now Revised for a New Generation For forty years, The Measure of a Man has taught hundreds of thousands of men around the...

MSRP:
Now:
As low as
Was:
In Focus, Psychologist and journalist Daniel Goleman, author of the #1 international bestseller Emotional Intelligence, offers a groundbreaking look at today... The book, Focus: The Hidden Driver of...

Humor, Seriously: Why Humor Is a Secret Weapon in Business and Life (and How Anyone Can Harness It. Even You.)

MSRP:
Now:
As low as
Was:
Anyone—even you!—can learn how to harness the power of humor in business (and life), based on the popular class at Stanford's Graduate School of Business. “The ultimate guide to using the magical...

Make It, Don't Fake It: Leading with Authenticity for Real Business Success

MSRP:
Now:
As low as
Was:
A BookPal Staff Pick for June 2021 Faking it until you make it doesn't work--at least not long enough to build a sustainable business. This book by a CEO and public relations expert combats imposter...

Do What Matters Most: Lead with a Vision, Manage with a Plan, Prioritize Your Time

MSRP:
Now:
As low as
Was:
Time management remains a huge challenge for most people. This book shares the habits and processes used by top leaders worldwide to minimize distractions and maximize accomplishments. In...

Futureproof: 9 Rules for Humans in the Age of Automation

MSRP:
Now:
As low as
Was:
“While we need to rewrite the rules of the twenty-first-century economy, Kevin’s book is a great look at how people can do this on a personal level to always put humanity first.”—Andrew Yang “A...

MSRP:
Now:
As low as
Was:
**A 2017 OWL AWARD LONGLIST WINNER** In Geek Girl Rising, Heather Cabot and Samantha Walravens invite women everywhere to join the digital revolution and create the future! "I don’t know much...