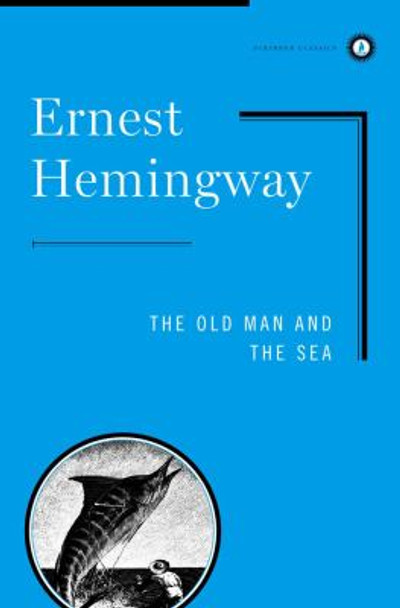 The last novel Ernest Hemingway saw published, The Old Man and the Sea has proved itself to be one of the enduring works of American fiction. It is the story of an old Cuban fisherman and his supreme ordeal: a relentless, agonizing battle with a giant marlin far out in the Gulf Stream. Using the simple, powerful language of a fable, Hemingway takes the timeless themes of courage in the face of defeat and personal triumph won from loss and transforms them into a magnificent twentieth-century classic.

The book, The Old Man and the Sea [Bulk, Wholesale, Quantity] ISBN# 9780684830490 in Hardcover by Hemingway, Ernest may be ordered in bulk quantities. Minimum starts at 25 copies. Availability based on publisher status and quantity being ordered.
View AllClose

The Young Man and the Sea

MSRP:
Now:
As low as
Was:
A story of determination and survival from the acclaimed author of FREAK THE MIGHTY. "This thrilling and elegant book ... will hold the interest of even the most stalwart landlubber." -- PW...

The Old Man and the Sea [Paperback]

MSRP:
Now:
As low as
Was:
As one of the most acclaimed and well-known authors, Ernest Hemingway’s The Old Man and The Sea is one of his most admired works. Within its 128 pages is an epic narrative of struggle, conflict and...

From Tree to Sea [Hardcover]

MSRP:
Now:
As low as
Was:
From a child’s point of view, this lyrical picture book looks at the relationship of nature to the human world and the place we call home. From the edge of the sea to a high mountain top, everything...

Alice's Adventures in Wonderland and Through the Looking-Glass [Paperback]

MSRP:
Now:
As low as
Was:
First published in 1865,Lewis Carroll'sAlice's Adventures in Wonderlandwas an immediate success, as was its sequel,Through the Looking-Glass. Carroll's sense of the absurd and his amazing gift for...

The Men Who United the States: America's Explorers, Inventors, Eccentrics, and Mavericks, and the Creation of One Nation, Indivisible

MSRP:
Now:
As low as
Was:
Simon Winchester, the acclaimed New York Times bestselling author of Atlantic and The Professor and the Madman, delivers his first book about America: a fascinating popular history that illuminates...

The Four Horsemen: The Conversation That Sparked an Atheist Revolution [Hardcover]

MSRP:
Now:
As low as
Was:
In 2007, Christopher Hitchens, Richard Dawkins, Sam Harris, and Daniel Dennett filmed a landmark discussion about modern atheism. The video went viral. Now in print for the first time, the transcript...

Tales of a Fourth Grade Nothing [Mass Market Paperback]

MSRP:
Now:
As low as
Was:
Life with his little brother, Fudge, makes Peter Hatcher feel like a fourth grade nothing. Whether Fudge is throwing a temper tantrum in a shoe store, smearing mashed potatoes on the walls at...

MSRP:
Now:
As low as
Was:
When George and the man with the yellow hat stop to shop at a chocolate factory store, George becomes curious about how chocolates are made. Though he begins to follow the factory tour, George is...

MSRP:
Now:
As low as
Was:
When the Time Traveller courageously stepped out of his machine for the first time, he found himself in the year 802,700--and everything has changed. In another, more utopian age, creatures seemed...