The Wing on a Flea 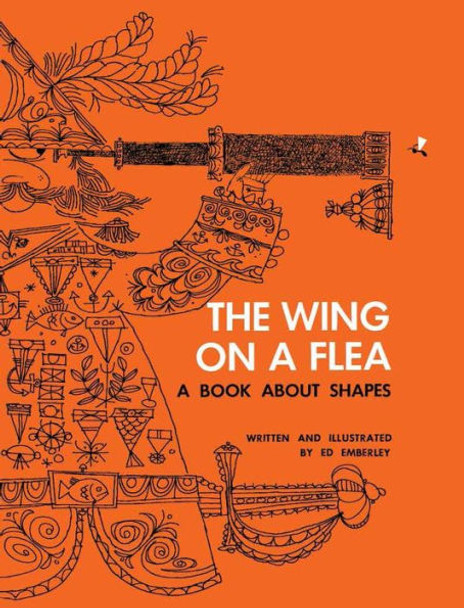 The Wing on a Flea

MSRP:
Now: List Price $17.95
Was:
— You save
Hardcover
This product qualifies for FREE US Ground Shipping on orders over $100.

THE WING ON A FLEA is the very ﬁrst book Ed Emberley wrote and illustrated, published in 1962. This lovely book of line drawings about basic shapes and what they could become foreshadowed his later, well-known how-to-draw series of books. Upon its release, THE WING ON A FLEA was named one of the New York Times’ 10 best illustrated books of the year and was an ALA Notable Book. AMMO is delighted to reissue this classic Emberley title to a new generation of children.

The book, The Wing on a Flea [Bulk, Wholesale, Quantity] ISBN# 9781623260583 in Hardcover by Ed Emberley may be ordered in bulk quantities. Minimum starts at 25 copies. Availability based on publisher status and quantity being ordered.
View AllClose

MSRP:
Now:
As low as
Was:
Every spring, butterflies emerge and dazzle the world with their vibrant beauty. But where do butterflies come from? How are they born? What do they eat--and how? With a simple, rhyming text and...

MSRP:
Now:
As low as
Was:
When a new bunch of baddies bust up the town, Dog Man is called into action -- and this time he isn't alone. With a cute kitten and a remarkable robot by his side, our heroes must save the day by...

MSRP:
Now:
As low as
Was:
This "vividly imagined and well-written novel" ( Booklist, starred review) tells a gripping story about a boy from Scotland and a girl from West Africa who join together to save a migrating Osprey...

MSRP:
Now:
As low as
Was:
Focusing on nine different rooms (including her own recently purchased Manhattan apartment), Lara Spencer shows readers that all it takes is planning, shopping know-how, and a little imagination to...

MSRP:
Now:
As low as
Was:
Special Care Series in Spanish. This unique series consists of four books designed to be sent/read during the first year of grief. They are written for the 3rd week, 3rd month, 6th month and 11th...

Believe in People: Bottom-Up Solutions for a Top-Down World [Hardcover]

MSRP:
Now:
As low as
Was:
A surprising take on how you can help tackle the really big problems in society–from one of America’s most successful entrepreneurs. People are looking for a better way. Towering barriers are...

MSRP:
Now:
As low as
Was:
God’s creation, we have found, has a better picture and better sound. And worlds of wonder all around! Thanks, Lord, for this world we’ve found! Mama Bear pulls the plug on TV and the Bear cubs are...

The Metabolism Plan: Discover the Foods and Exercises that Work for Your Body to Reduce Inflammation and Drop Pounds Fast

MSRP:
Now:
As low as
Was:
The New York Times bestselling author of The Plan is back to help readers customize their diet and exercise less to lose more weight! The Plan -- the instant New York Times and USA Today bestseller...

MSRP:
Now:
As low as
Was:
Your quick guide to identifying birds At the cabin, in the garden, or on a hike, keep this tabbed booklet close at hand. Based on Stan Tekiela’s best-selling bird field guides and featuring 130...