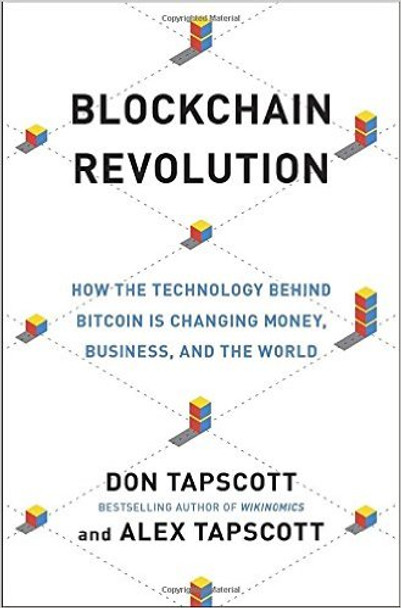 MSRP:
Now: List Price $30.00
Was:
— You save
Paperback
This product qualifies for FREE US Ground Shipping on orders over $100.

The first generation of the digital revolution brought us the Internet of information. The second genera­tion—powered by blockchain technology—is bringing us the Internet of value: a new, distributed platform that can help us reshape the world of business and transform the old order of human affairs for the better. Blockchain is the ingeniously simple, revolution­ary protocol that allows transactions to be simul­taneously anonymous and secure by maintaining a tamperproof public ledger of value. Though it’s the technology that drives bitcoin and other digital cur­rencies, the underlying framework has the potential to go far beyond these and record virtually everything of value to humankind, from birth and death certifi­cates to insurance claims and even votes. Why should you care? Maybe you’re a music lover who wants artists to make a living off their art. Or a consumer who wants to know where that hamburger meat really came from. Perhaps you’re an immigrant who’s sick of paying big fees to send money home to loved ones. Or an entrepreneur looking for a new platform to build a business. And those examples are barely the tip of the ice­berg. This technology is public, encrypted, and readily available for anyone to use. It’s already seeing wide­spread adoption in a number of areas. For example, forty-two (and counting) of the world’s biggest finan­cial institutions, including Goldman Sachs, JPMorgan Chase, and Credit Suisse, have formed a consortium to investigate the blockchain for speedier and more secure transactions. As with major paradigm shifts that preceded it, the blockchain will create winners and losers. And while opportunities abound, the risks of disruption and dislocation must not be ignored. Don Tapscott, the bestselling author of Wikinomics, and his son, blockchain expert Alex Tapscott, bring us a brilliantly researched, highly readable, and utterly foundational book about the future of the modern economy. Blockchain Revolution is the business leaders’ playbook for the next decade and beyond.

The book, Blockchain Revolution: How the Technology Behind Bitcoin Is Changing Money, Business, and the World [Bulk, Wholesale, Quantity] ISBN# 9781101980132 in Paperback by Don Tapsco; Don Tapsco may be ordered in bulk quantities. Minimum starts at 25 copies. Availability based on publisher status and quantity being ordered.
View AllClose

Breakthrough: How One Teen Innovator Is Changing the World

MSRP:
Now:
As low as
Was:
Featured in the 2018 movie Science Fair! A National Science Teachers Association Best STEM Book of 2017 In this acclaimed memoir, teen innovator and scientist Jack Andraka tells the story behind his...

MSRP:
Now:
As low as
Was:
The first, foundational book on blockchain technology, from the bestselling author of Wikinomics Don Tapscott and blockchain expert Alex Tapscott, now in paperback with a new preface and chapter...

The Business Blockchain: Promise, Practice, and Application of the Next Internet Technology

MSRP:
Now:
As low as
Was:
The definitive pioneering blueprint covering the what, why and how of the blockchain. Blockchains are new technology layers that rewire the Internet and threaten to side-step older legacy constructs...

Alibaba's World: How a Remarkable Chinese Company is Changing the Face of Global Business

MSRP:
Now:
As low as
Was:
**One of six of The Wall Street Journal's "Best Business Books of 2015"** In September 2014, a Chinese company that most Americans had never heard of held the largest IPO in history – bigger than...

The Business of Changing the World: How Billionaires, Tech Disrupters, and Social Entrepreneurs Are Transforming the Global Aid Industry

MSRP:
Now:
As low as
Was:
The new world of results-driven aid that could put an end to extreme poverty Drawing on 2 decades covering global development as editor in chief of Devex, Raj Kumar explores how nontraditional...